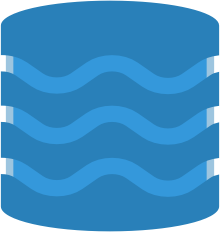 Blueflood is a high throughput, low latency, multi-tenant distributed metric processing system behind Rackspace Metrics, which is currently used in production by the Rackspace Monitoring team and Rackspace Public Cloud team to store metrics generated by their systems. In addition to Rackspace Metrics, other large scale deployments of Blueflood can be found at Community Wiki.

Simply put, Blueflood is a big, fast database for your metrics.

Data from Blueflood can be used to construct dashboards, generate reports, graphs or for any other use involving time-series data. It focuses on near-realtime data, with data that is queryable mere milliseconds after ingestion.

Data is stored using Cassandra to make Blueflood fault-tolerant and highly-available. In contrast to forebearers such as CarbonDB or RRDTool, your Blueflood cluster can expand as your metrics needs grow. Simply add more Cassandra nodes.

Written in Java, Blueflood exists as a cluster of distributed services. The services are:

You send metrics to the ingestion service. You query your metrics from the Query service. And in the background, rollups are batch-processed offline so that queries for large time-periods are returned quickly.

Blueflood is an open source under the Apache 2.0 license.

There are a couple different ways that you can get started with Blueflood:

Let’s just get this straight: we love anybody who submits bug reports, fixes documentation, joins our IRC channel, submits PR’s… whatever you got, we’ll gladly accept.

If you want to get involved at any level, check out our Contributing page on the wiki!

Check out the Talk to us page on our wiki.

Licensed under the Apache License, Version 2.0 (the “License”); you may not use this file except in compliance with the License. You may obtain a copy of the License at