Apache Cassandra is a highly scalable, high-performance distributed database designed to handle large amounts of data, providing high availability with no single point of failure. This is a type of NoSQL database. Let us first have a look at what is a NoSQL database.

NoSQL database is a database that provides a mechanism to store and retrieve data other than in the tabular relations used in relational databases. These databases are schema-free, support easy replication, consistent, and can handle huge amounts of data.

In another point we can say the database environment is simple, non-relational, large distributed system that enables rapid, ad-hoc organization and analysis of extremely high-volume, disparate data type.

Apache Cassandra database is the right database when you need scalability and high availability (no single point of failure) without compromising performance. This is an open source, distributed and decentralized/distributed storage system (database).What is Apache Cassandra?

Cassandra’s technical roots can be found at companies recognized for their ability to effectively manage big data – Google, Amazon, and Facebook. Foundation was laid in 2009 with Facebook “open sourcing Cassandra to Apache”.

The Architecture of Cassandra

The architecture of Cassandra greatly contributes to its being able to scale, perform and offer continuous availability. Cassandra was built from scratch with an understanding of hardware and system failures. This leads Cassandra to manage and protect data in a different way than a traditional RDBMS.

Cassandra has a peer-to-peer distributed architecture, easy to set up and maintain. In Cassandra all nodes are same: no concept of a master node, where all nodes communicate with each other via a gossip protocol.

Scalable architecture means that it is capable of handling petabytes of information and thousands of concurrent user/operation per second across multiple data centers. Further unlike other master-slave or shared systems Cassandra has no single point of failure and therefore it is capable of offering continues availability.

Cassandra provides automatic data distribution across all nodes that participate in a database cluster (ring). To distribute data across a cluster, there is nothing to be done programmatically for a developer / administrator. Data is transparently partitioned across all nodes in either randomized or ordered fashion.

Cassandra also provides built-in and customizable replication, which stores redundant copies of data across nodes that participate in a Cassandra cluster. Which means if any node in a cluster goes down, one or more copies of that node’s data is available on other machine’s cluster.

Configuration of Replication is not complicated as RDBMS replication. A developer / administrator will simply indicate how many data copies are needed and Cassandra takes care of the rest. Replication options are provided that also allow for data to be automatically stored in different physical racks.

Cassandra also facilitates replicating data across many different cloud platforms. Developer / Administrator can implement a single Cassandra cluster that spans / involves a cloud environment. When creating a new Cassandra database (Keyspace) we simply need to indicate through a single command which data center will hold copies of the new database; everything from that point forward is automatically maintained by Cassandra.

When it comes to reading and writing data Cassandra behaves as a “location independent” architecture database. This means any node in a cluster may be a read or written to, which translates into a true read/write.

If one or more nodes responsible for a particular set of data are down, data is written to another node, which will temporarily hold the data. Once the node is online, automatically data will be updated on the correct node. Data reading is performed in parallel between the clusters. When a user requests data from any node (it becomes the user’s coordinator node) with the user’s query being assembled from one or more nodes holding the necessary data. If a node having the data is down, Cassandra will simply request data from another node which will hold the replicated copy.

As we know the RDBMS offers ACID transactions, but the Cassandra offer the “AID” portion of ACID. That is data written has Atomic, Isolated and Durable.

Cassandra has a high performance for both the reads and writes, which scales linearly when new nodes are added to a cluster.

Cassandra is a self-managing database, anyway there are many administration and monitoring tasks that are carried out with the database. Most of these monitoring operations can be performed using the DataStax OpsCenter.

1) ‘Introduction to Apache Cassandra’ by Datastax 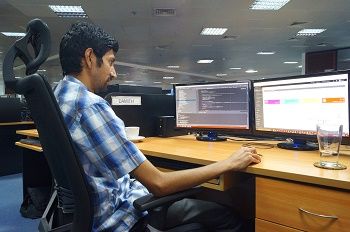 Linkedin
Doing IT for 20 Years !
Enterprise Datawarehousing with AWS RedShift